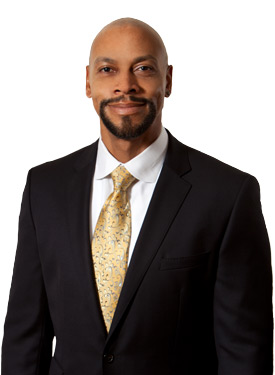 In 1995 Dr. Robinson was commissioned as a Captain into the United States Army and completed an Internship at Walter Reed Army Medical Center in 1996. From 1996 through 1998 he worked as a General Medical Officer at Winn Army Community Hospital, Fort Stewart, Georgia. He resigned his active duty commission in 1998 and continued in the individual ready reserves through 2004.

Dr. Robinson became a member of Oklahoma Sports Science and Orthopedics in 2002 and is Board Certified by the American Board of Physical Medicine and Rehabilitation with a sub-specialty in Pain Medicine.

After more than a decade of providing comprehensive, state of the art treatment for pain syndromes, Dr Robinson in 2012 was acknowledged by Castle Connolly as one of the region’s top physicians. One thing that has become apparent is that pain programs that rely primarily on conventional pharmaceutical medications are limited. For this reason Dr. Robinson began to search for treatment alternatives that would expand his comprehensive approach and improve clinical outcomes. This approach focuses on optimizing the body’s natural functional and restorative capacity via the tenants of nutrition, hormone optimization, and wellness.

In pursuit of the most heavily researched and vetted approaches, he became a Fellow of the American Academy of Anti-Aging medicine in 2012. These concepts have served as his inspiration as medical director of Longevity Health, Beauty, and Wellness. In 2012 Dr. Robinson was also selected into the inaugural class of “Pink Tie Guys” by the Susan G. Komen affiliate in Central and Western Oklahoma to serve as an ambassador for women’s health in the fight against breast cancer.

American Board of Physical Medicine & Rehabilitation